Rocket League debuted on PS4 in July of 2015 and immediately became one of my favorite multiplayer games of all time. It has earned every award it received and is definitely worth the time spent to grab the platinum. 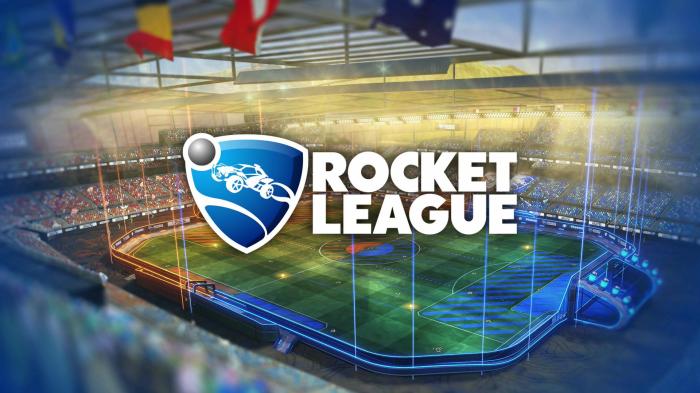 One of my favorite things about this game is that the platinum can be earned naturally; you should earn every trophy just by spending time playing the game and completing matches. It will take quite a few matches to earn Stocked, but you’ll earn items every match you finish, local or multiplayer.

The only trophy I’ve really seen people struggle with is Far, Far Away…, which requires you to “Drive a total of 50 km”. This can be tough because there’s not a great way gauge how close you are to completing this. I’ve seen some people suggest that you need to use the same set of tires in order to get the trophy to pop, or distance travelled while boosting doesn’t count. If you’re struggling with this one there’s an easy “cheat”:

• Start a local match with no opponent.
• Then point your left analog stick left and hold it there with a rubber band.
• Use another rubber band to hold down your R2 button to have your car drive in a constant circle.
• Leave the game running for a few hours.
• Remove the rubber bands and score a goal to complete the match and the trophy should pop if you gave it enough time.

This is one of the few platinums that doesn’t feel like work, just play the game and you’ll earn it eventually. I saved Barras Bravas (“Play an Online game with a Friend”) for last and was able to platinum the game at the same time as a friend, which makes it one of the most special platinums of all. Happy Hunting!

Please reach out to me at @sbfvgspodcast or @tacodouglas on Twitter with suggestions or advice for a fellow trophy hunter.